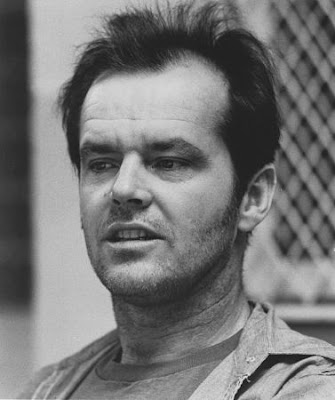 Well, we followed the first two, but when it came to swaddling, it just seemed to piss Nolan off even more that he could not move freely. He would fight the swaddle so hard that we would hear him grunting from the effort in his crib. And, he would almost always win.

First, we tried a regular baby blanket. No match for the little 5 lb monster, he plowed right through it. We'd wake up to find him kicking around on a flat blanket. Then we tried two blankets. Same result, though it took him longer. I started to freak out that I was creating a SIDS risk with all these blankets. (Rule number 4: nothing in the crib but the baby! Acck!)

Next, we bumped up the protocol to the Kiddopatomus. These are little envelope shaped blankets with velcro on them. You put baby's legs in the pocket, then velcro the rest of the blanket around him. Velcro! Surely 6 lb child is no match for velcro! WRONG! We found him with arms sticking out, legs sticking out, and sometimes with the whole thing unwrapped. One very scary morning I found him wriggled all the way INTO the blanket, with his whole head stuck in it. (Hello, SIDS?! Acck!)

So I stopped swaddling him. He seemed happier, but he was still waking up every 2-3 hours, which is torture between 12 and 7 am. Also, putting him down for naps was getting more and more difficult. So, out of desperation for sleep, I brought out the big gun: the Miracle Blanket. I doubted its power, but my friends swear by it. This thing is actually a cute, itty bitty, baby pastel colored straitjacket. You put baby's legs in the envelope, then wrap these little flaps (let's call them what they are--soft restraints) over his arms, and then the rest of the blanket wraps all the way around, twice. My small Houdini is no match for this powerful weapon, and you know what? He falls asleep, within minutes! And goes for his full nap!

I remember when my husband ask me if I wanted to have a baby,, but I knew we had a problem, so we buy viagra after to prove all the benefits this medicine can give us. like a couples we talk everything, and now we finally have our kids. The last baby have a lot of blanked that my husband buy for him. I think he doesn´t know how to say happy he is in this moment.