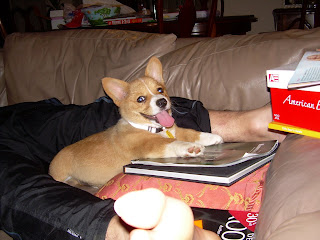 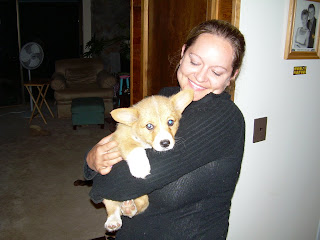 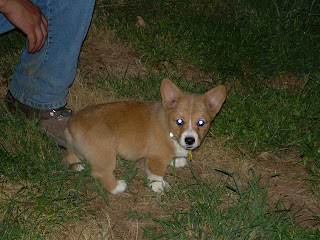 My sister's new Corgi puppy! He is so goddamned cute I can't resist posting some pictures of him.
Posted by Clong at 4:24 PM No comments:

Lion's breath people, you know who you are. Thank God the only dudes who wear the spandex to yoga in SF are gay.
Posted by Clong at 4:14 PM No comments:

I got these from an email forward today. . .thought I'd repost the funny ones:

Bush: End of an Error

If You Can Read This, You're Not Our President

Impeachment: It's Not Just for Blow Jobs Anymore

America: One Nation, Under Surveillance

Dubya, Your Dad Shoulda Pulled Out, Too

The Republican Party: Our Bridge to the 11th Century

The LA Times posts on Critical (M)Ass in SF. Interestingly, it's in the Travel section--is that an incentive to visit or a warning against it? I guess we can chalk it up to more advertising for visitors: crazy hippies on the wild--now six deep on city streets during rush hour!
Posted by Clong at 11:44 AM No comments: